Enter your City name or Pincode

Barwani is a district city in the Indian state of Madhya Pradesh. The city is situated near the banks of Narmada River and serves as the district headquarters. It also served as the capital of the formerly princely state of Barwani. Just 8 KM away from Barwani is a Jain pilgrimage place by the name of Bawangaja. The city is also famous for its Papayas. The name of the city is spelled Barwani however pronounced as Badwani. The name Badwani originates from the forests of BAD that surrounded the city in old times and WANI meaning garden which means "Garden of Bads". Indore, Khandwa, Ujjain, Dewas, Dhar, Ratlam, Khargone, Mumbai, Ahmedabad, and Baroda are some of the nearby cities from here. 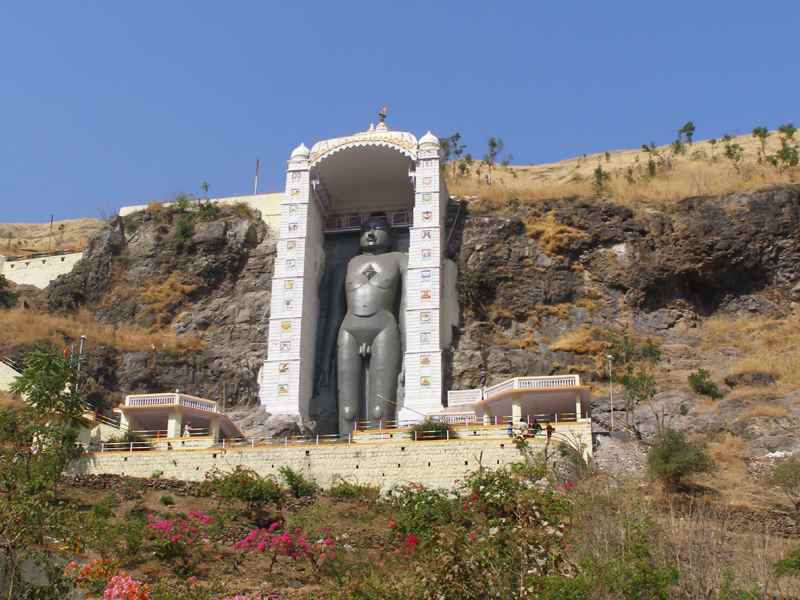 The princely state of Barwani was founded in 9th century and was known as Avasgarh that time. In the 17th century, state lost most of its territories during the Maratha domination. Barwani was a state of the Bhopawar Agency, a division of the Central India Agency, during the British Raj and was predominantly inhabited by Bhil tribals. In 1948 CE, it became a part of the West Nimar district of the newly formed Madhya Bharat state. The Barwani district was created on 25 May 1998 when it was separated from West Nimar district.

Barwani is located at geographical coordinates of 22.03°N and 74.9°E with an average elevation of 583 feet or 178 meters. The great Narmada River flows through the city. The city is surrounded by Satpura Hills and the city becomes one of the most beautiful places during rainy days in the central India. It is also known as the "Paris of Nimar". Nimar locally means "area beyond Neem trees" and Barwani lies in West Nimar. April and May are the hottest months here with temperature climbing to 48°C making it the hottest place in central India. The city is bordered by Maharashtra state in the south, Gujarat state in the West, Dhar district in the North and Khargone district in the East.

Barwani enjoys a well developed road and rail. There are national and state highways connecting it to all major cities of Madhya Pradesh and rest of India. SH-26 connects the city to Agra - Bombay NH-03. There are bus services operating from here to all major and minor cities nearby. The nearest railway station is Indore which is one of the major railway stations of Western Railway. Khandwa is another major railway station nearby and Barwani is connected to Khandwa via state highway Number 26. There is a reservation counter of Western Railway here in Ambedkar Park on Rajghat Road. Devi Ahilyabai Holkar Airport in Indore is the nearest airport from here.

The economy of Barwani is mainly dependent on agriculture with many other small scale industries developing in the area today. There are all major national banks situated here.

Hindi is the local language spoken here along with Nimadi. People here are very religious and all major festivals are celebrated here with a great enthusiasm. It is famous for Jhakis during the Ganesh Utsav and Tajiye during the festival of Muharram. Per census of 2011, Barwani had a population of 55,504 that included 28,437 males and 27,067 females. The city has a fairly high literacy rate of 82.1% which is much higher than the state average of 69.32%.

There are many places of tourist interest in and around Barwani that are frequently visited by tourists from all over. Bawangaja, Bandhan, Rajghat and Gwalbeda are some of the popular tourist destinations here.

Bawangaja or Chool Giri is a Jain pilgrimage center located around 6 KM from the district headquarters of Barwani. It belongs to 15th century and is located on a hill. There are 1 temples in the pilgrimage and has the world's tallest statue of Lord Adinathji. It is said that the Jain saints Kumbhakarna and Indrajeet attained Nirwana here.

Bandhan is known for the famous Bandheshwar Mahadev temple and a beautiful waterfall. It is a good destination for religious and nature loving people.

Rajghat is a ghat of the Narmada River in Barwani and Gwalbeda is a beautiful Jain Mandir located in Barwani.


Utilities and Services in Barwani

Barwani has witnessed a lot of development recently and today there are kinds of modern facilities available here to add comfort to anyone. From hotels to resttaurants and hospitals you can find presence of all in the fast developing city of Barwani.

Comments / Discussion Board - About Barwani